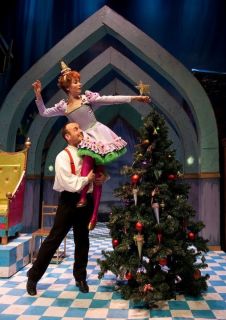 Welcome to my homepage.

I hope you´ll enjoy what you see and hear.

My name ist Dénise, I was born into a music-loving family. The first 3 years of my life I spent on the island "Amager" near Copenhagen. After that my parents, one of my two brothers and I moved to a small town in Northern Sealand. I lived there until I moved back to Copenhagen when I was 19.

My father grew up in Denmark as a passionate fan of Bob Dylan, Frank Zappa, Jefferson Airplane, Jethro Tull and other great bands from the 60´s, 70´s and 80´s. He started educating me about his favourite bands when I was 13. He would tell me about the styles, the musicians, and the Albums while driving in the car- because it had a tape recorder, and because we would have time when driving through Denmark or on vacation.

My mother grew up in a German family of musicians. Her grandfather was the concertmaster at the operahouse in Flensburg and a conductor in his sparetime, her grandmother played the cello, her uncle played the trompet and her mother was a trained operasinger. My mum herself is a former dancer and played the violin as a child.

Thus it´s no wonder that I wanted to play the violin when I was 5 years old. My mum, however, felt I should rather spend time playing with friends than practicing, so it took another 2 years of begging to be allowed to pursuade her.

At the age of 7 I had my first violin lesson. From the time when I was 9-11 years old, I also trained as a figure skater. I played the violin for 7 years, but at the age of 14 I realized my mother was right -I was too restless to practise the violin for so many hours a day, so I stopped playing the violin and started playing drum-kit instead.

However it was through singing in a choir I found my real passion; working with the voice!

My first vocal-training was with a jazz singer. I loved singing jazz, and after a while I was offered to sing in the big-band at my high school. It was great fun! I also became the leadsinger of a 70´s-fusion rock/heavy/jazz-band called "Indica". We would perform concerts wearing costumes and would make theme-concerts... Sometimes we´d even cook on stage...

In highschool I took some drama lessons, but I was actually extremely shy! So when I was given the leading role in one of our performances I almost panicked! But I did it... It was a play called "Hammeren", and it was pretty difficult to learn, since it was a post-war play with lines that would purposely NOT fit together... But it was a success and a great experience for the little shy country-girl.

Through the choir I learned a lot of classical repertoire and I felt curious about the classical use of the voice. One of the conductors was married to an opera singer, and I started having lessons with her when I was 17. After two years she asked me to have a break from jazz/rock, since I needed to focus to truly learn the classical technique. I did so, and ended up MGK (a pre-school for the conservatory).

After that I was accepted at the conservatory in Vienna, where I studied classical singing for 3 years and took a Masters Degree, specialized in "Lied and Oratorio", for 2 years. Vienna was the adventure of my life (so far)... It was tough to move away from home, family and friends- but at the same time it was the opportunity of a lifetime to be able to study classical music in a city, where so many of the composers and great classical musicians used to live- and some still do. I learned so much about the traditional classical music, and at the same time about life outside of Denmark. I still come back to Vienna (and Austria in general) to work and to enjoy traditional Austrian food, wine and "Sturm"...

Next to my classical studies in Vienna I started singing with a jazz-trio again -as a hobby and to earn a little money on the side. However, after my debut at the Volksoper Wien in 2008, I didn´t have much sparetime... I finished my studies in Vienna and did a Soloist-Postgrad in Copenhagen -while building up what is now my freelance-career. After my exam in Vienna in January 2010 I moved to Berlin. This has been my home and central-city since then. I love Berlin because it is so full of different people, ideas and arts, and still it is calm, cosy and friendly.

I am so fortunate to be able to travel around the world to make music with great musians and opera with wonderful colleagues, directors and conductors... I do enjoy it very much!

But at the same time I am also a very home-bound girl, so I enjoy coming home to my own livingroom in Berlin once in a while and make a nice cup of tea or viennese coffee, and maybe listen to some Billie Holiday, Maria Callas or Bob Dylan while sitting in my beloved armchair looking out the window or thinking out new ideas. I also love having friends over for dinner and, or to have a movie night once in a while.

I earn my living with opera and concerts, and in my spare-time I like thinking out fun concepts for my own concerts, playing with friends, different small ensembles, other singers and pianists.

Since I am a big fan of movies, especially 50´s and 60´s movies, Science Fiction from the 70´s and 80´s, Cartoons (Disney, Japanese Cartoons, Warner Brothers, etc.) and Cartoon/Action Movies (like Batman, Indiana Jones, James Bond, etc.) -I enjoy mixing it into my own projects. One of the most fun concerts was my "Debut-Concert" in the Concerthall of the Conservatory in Copenhagen.. The theme was "Indiana-Diva" and I mixed up movie-clips of me in an Indiana-Jones-like costume with singing and playing different arias on-stage -telling the story of a girl travelling through the world turning into an opera-diva.

Apart from music, acting and movies, I have typical "girlish" interest -I love animals (-especially dogs) and children! I find myself almost turning into a child whenever I see my beloved nephews and nieces. They inspire me to stay openminded and curious, and to always use my imagination to make the world more fun. Another interest is Psychology and understanding people. I guess it is also part of my job, whenever I interpret roles.

Another person who inspires me a lot is my husband. Yes, it sounds cheesy, but he inspires me, not just as a person, but also as an artist. He is a pianist and is specialized in avant-garde-classical music. He opens my mind and ears to new sounds and ways to express and listen to music. Thus I have started working with him too -and will soon work with his ensemble in Berlin... It gives me even more insight to things you can do with the voice! And at the same time I get to spend more time with my favourite person.

Now, before I get too emotional and sobby, I´ll stop writing and hope you´ll enjoy my work.

Thank you for your interest and please stay curious! 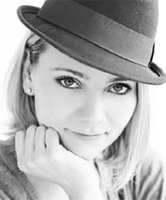